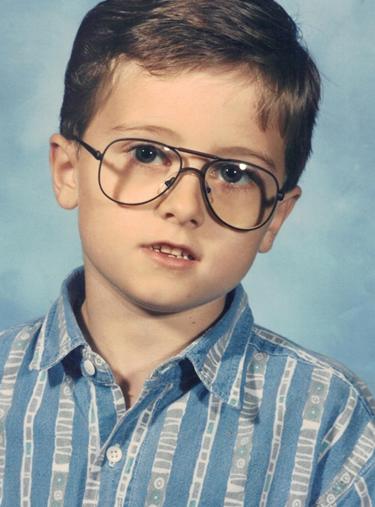 Charlie Spink has been making others laugh since he wore those kookie glasses as a five-year-old and had to come up with some excuse for them being on his face. Prior to that he was born in Fremont, California, and spent his earliest years in the San Francisco Bay Area. Charlie then traveled from place to place with his family following his famously mustached father from one engineering gig to the next, living in a total of 4 different states before he was 12. Making it back to the Bay, at De La Salle High school he became the talk of campus through his outrageous song parodies mocking all the latest pop hits of the late 90's and early 2000's. He was also featured occasionally on the stage of the school drama department, "Company".

After high school he moved on to the University of California, Riverside where he quickly became one of the youngest writers on staff for the university newspaper, the "Highlander", writing, of course you guessed it, a humor column, as well as a less frequent sports column and other feature articles. He was awarded by the Society of Professional Journalists on two separate occasions for his work. He also became the only under graduate to have a play put on by the university's post graduate theater department in his senior year. During college Charlie debuted in stand-up comedy and was even seen opening for comedian Bob Saget at only 19-years-old.

Upon returning to the Bay Area Charlie met his notoriously beautiful half Filipina wife, Kristina. They quickly shacked up and along came Xavier and Quentin, all the while with Charlie building his comedy resume in the Bay Area. He has preformed at such places as the Punch Line in San Francisco, Cobbs Comedy Club also in San Francisco, and the San Jose Improv. He starred as Felix Ungar in the 2012 C.A.T. production of "The Odd Couple". He also journeyed to Hollywood this past year to preform at the world famous Comedy Store on Sunset Boulevard. Charlie has a regular hosting spot one Tuesday a month at Tommy T's Comedy Club in Pleasanton and continues to perform throughout the Bay Area. You can catch up with all his newest endeavors by following him on twitter @ #iSpinkThere4iAm and keeping up with his blog.